The Northern Illinois Synod of the Evangelical Lutheran Church in America (ELCA) is a gathering of people created by God in Christ, empowered by the Holy Spirit, called and sent to bear witness to God’s creative, redeeming, and sanctifying activity in the world.

Our mission is Walking Together - loving Christ, loving all, for the sake of the world. 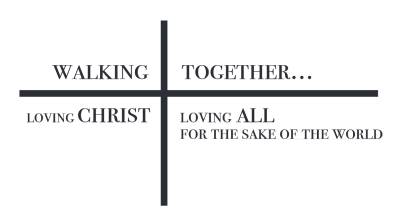 As part of the ELCA, we are: