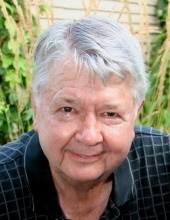 To the Rostered Ministers, Vicars, Interns, and SAMs of the Northern Illinois Synod

Grace and peace to you from God our Father and our Lord and Savior Jesus Christ.  It is with sadness that I report to you the death of the Rev. Orlyn Glen Huwe, who died Sunday, June 20, 2021, in Rockford, Illinois.

Rev. Huwe was born in Day County, South Dakota, in 1934, to Arthur and Viola (Selle) Huwe. He married Rita Carol Carey in Troy, Ohio, in 1960. They have three sons, three grandchildren, and one great grandchild. One granddaughter, Amelia, died in infancy.

Rev. Huwe’s family moved to Omaha, Nebraska, in 1945. He graduated from Tech High School in 1952. Rev. Huwe graduated from Augustana College in Sioux Falls, South Dakota in 1958. After attending theological seminaries in St. Paul, Minnesota, and Columbus, Ohio, and serving an internship at St. Mark Lutheran Church in Butler Pennsylvania, he graduated in 1964. Rev. Huwe was ordained as a Lutheran pastor a few weeks later at Our Savior’s Lutheran Church in Omaha, Nebraska.

He was preceded in death by his parents, three brothers, one sister, and granddaughter.

Visitation will be held at the Lutheran Church of the Good Shepherd in Rockford on Friday, July, 2 from 9-10:30 a.m., followed by a memorial service at 11 a.m. To send online condolences, please visit fitzgeraldfh.com

As the church we offer our sympathy to Rev. Huwe’s family and friends and because of Jesus' death and resurrection, we rejoice in God's promise of eternal life, comfort, and hope.