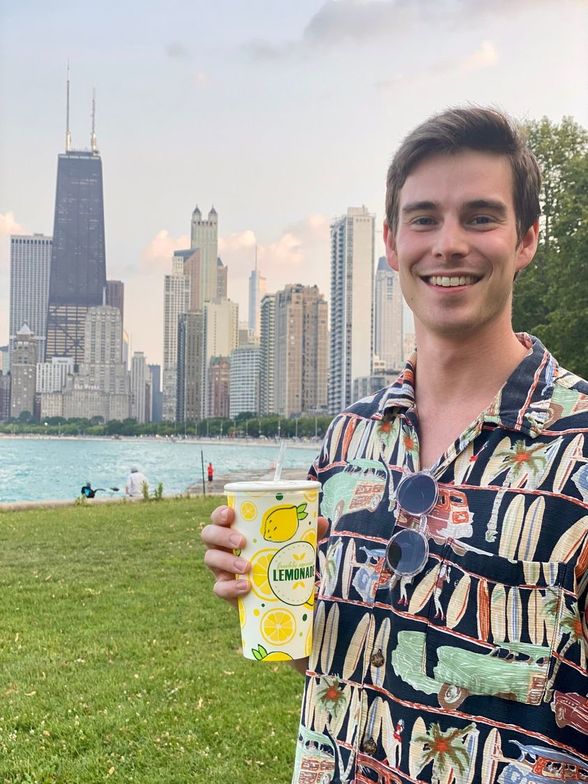 Daniel Joseph Nielsen passed away peacefully in the loving embrace of his close family and friends on November 16th, 2021 in San Francisco, California. He spent his last days as he spent all his days, reveling in the friendships he had cultivated, taking on new challenges, and being a steadfast and patient son, brother, and partner.

Daniel was welcomed into the world on December 28th, 1996, in Rockford, Illinois. A dedicated scholar, Daniel attended Auburn High School where he graduated in 2015 as the class salutatorian and a National Merit Recipient. Daniel supplemented his academics with a full slate of extracurriculars and was an all-conference selection as captain of Auburn’s swim team. In recognition of his immense accomplishment, Daniel was awarded a full-ride scholarship to attend the University of Alabama in Tuscaloosa, where he lived from 2015 through 2020. Daniel graduated summa cum laude in 2019 with a Bachelor of Science in Electrical and Computer Engineering and again in 2020 with a Master in Business Administration. During his time in Tuscaloosa, Daniel became an active and devoted member of the school’s chapter of Habitat for Humanity. He was elected chapter Treasurer from 2016 to 2017 and subsequently chapter President from 2017 through his graduation in 2019. His dedication to supporting those in need led him to be chosen as a recipient of an Outstanding Senior Award in 2019 by the UA National Alumni Association.

Following his graduation in 2020, Daniel started a full-time job at Intel after several summers of internships at the company. He spent the beginning of his career exploring company initiatives before ultimately landing in the Intel Incubation Program, where his personal touch and talents would allow him to truly shine. A sponge for cultures and ideas, Daniel traveled across the contiguous United States in addition to Portugal, the Netherlands, and Thailand in his final years. Regardless of where he was, he could always be found walking in public parks, interacting with his community and making new connections. He was a talented chef, coffee connoisseur, found joy in his music library, and was deeply in tune with the world around him.

His life was a testament to the power of hard work, positive perspective, and deeply nurtured love. Daniel is predeceased by his grandparents Roberta Nielsen and Lloyd Singleton. His memory lives on through his grandparents, Loren Nielsen, Diana Singleton, and Jack Moscrip; his parents, John and Lisa Nielsen; his siblings, Lauren and John Nielsen; his girlfriend Abigail Wolfe and her entire family, as well as in the hearts and minds of the countless people he impacted throughout the course of his life. His kind demeanor and warm smile will continue to bring comfort to all who knew him.

A service celebrating Daniel’s life and accomplishments will be held on December 4th at 11 AM at Our Saviors Lutheran Church - 3300 Rural Street, Rockford IL. A reception will follow the service – details will be forthcoming. All are welcome. The family requests those who wish to express sympathy donate to the Rockford Area Habitat for Humanity in Daniel’s name.