The main resource is a booklet for each year that includes liturgies including propers for each Sunday, preaching resources, hymn suggestions, and many other ideas to utilize during the annual four-week Season of Creation. These booklets are:

And just out this year:

Other resources are available for your use as well, including bulletin inserts with lessons and prayer of the day, bulletin covers, photos you can use for powerpoints and printed material, and a variety of other useful items. You can download them here.

Sorry, there is nothing currently posted here. 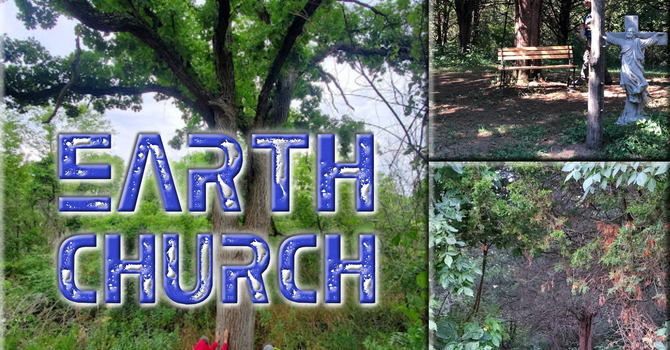 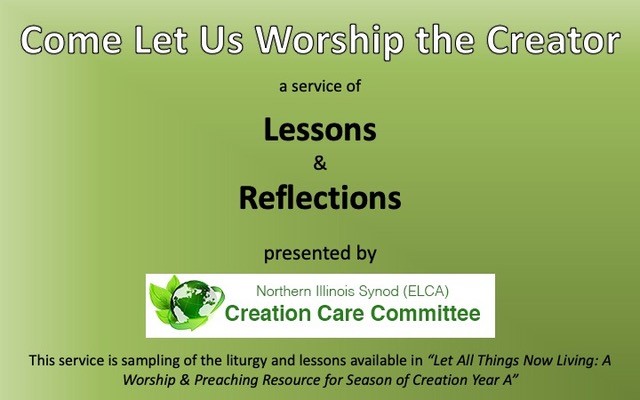 This link offers a worship experience and illustrates some of the resources on Let All Things Now Living.

Sovereign of the universe, your first covenant of mercy was with every living creature.  When your beloved Son came among us, the waters of the river welcomed him, the heavens opened to greet his arrival, the animals of the wilderness drew near as his companions.  With all the world’s people, may we who are washed into new life through baptism seek the way of your new creation, the way of justice and care, mercy and peace; through Jesus Christ, our Savior, and Lord.  Amen.

NASA is advancing new tools like the supercomputer model that created this simulation of carbon dioxide in the atmosphere to better understand what will happen to Earth’s climate if the land and ocean can no longer absorb nearly half of all climate-warming CO2 emissions.

Our mission is to increase awareness of the present planetary crises and to reconnect the faithful people of the church to the rich diversity of life on earth and our responsibility to revive and restore it.

As humans we have been given so much, our bodies, the air we breathe, the land we walk and work, the waters we drink, wash with, fish, and in which we play. But we did not create these, they were made… by God. And we are given a chance with our bodies- the work we can do, our resources, and what they can purchase, to either protect and care for the creation God has made (not just for us but for all creatures) or to destroy it.

Every choice we make concerning energy, production, and recycling, is either to care for and protect the earth that God made or diminish it, and that includes how we choose to address climate change and its effects on this world and its inhabitants, big and small, and those yet to come.

Current data show that 97% of climate scientists agree that we are currently in a state of global warming and that human action is the primary cause of it through activities that increase concentrations of greenhouse gases in the atmosphere, such as deforestation and the burning of fossil fuels. As to the urgency of the situation, we can look to the back across just the last 16 years and see that fourteen of the 15 hottest years on record have occurred since 2000, according to the UN World Meteorological Organization, as rising carbon emissions continue to trap heat and drive climate change.

The Earth’s climate has changed throughout history. Just in the last 650,000 years, there have been seven cycles of glacial advance and retreat, with the abrupt end of the last ice age about 7,000 years ago marking the beginning of the modern climate era — and of human civilization. Most of these climate changes are attributed to very small variations in Earth’s orbit that change the amount of solar energy our planet receives.

The current warming trend is of particular significance because most of it is very likely human-induced and proceeding at a rate that is unprecedented in the past 1,300 years.

Earth-orbiting satellites and other technological advances have enabled scientists to see the big picture, collecting many different types of information about our planet and its climate on a global scale. This body of data, collected over many years, reveals the signals of a changing climate.

The heat-trapping nature of carbon dioxide and other gases was demonstrated in the mid-19th century.  Their ability to affect the transfer of infrared energy through the atmosphere is the scientific basis of many instruments flown by NASA.